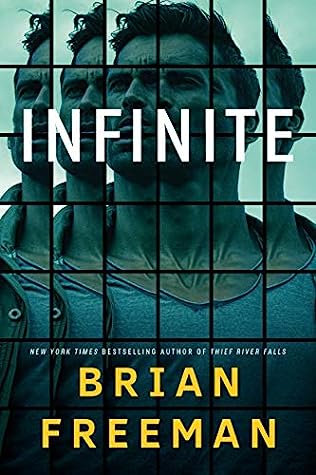 One rainy night, the unthinkable happens: Dylan Moran’s car plunges off the road into a raging river, his beautiful wife drowning as he struggles to shore.

In the aftermath, through his grief, Dylan experiences sudden, strange visions: wherever he goes, he’s haunted by glimpses of himself. Dylan initially chalks it up to trauma, but that changes when he runs into a psychiatrist who claims he’s her patient. She says he has been undergoing a unique hypnotherapy treatment built on the idea that with every choice, he creates an infinite number of parallel universes.

Now those parallel universes are unlocked—and Dylan’s doppelgänger has staked a claim to his world. Can Dylan use these alternate realities to get a second chance at the life that was stolen from him? Or will he lose himself…to himself?

This book got my interest because of its synopsis. The mention of parallel universe in a synopsis always hooks me. I very much love the multiverse or Many Worlds concept. Whenever I see a book with this premise, I will be very much willing to read it.❤

This book is about Dylan Moran. He was in an accident and it traumatized him. One day he met someone that claims to know him. That’s when he realized that another version of himself is in this world, his world. Those aren’t spoilers by the way as it was in the synopsis.

The writing is very engaging. I think this my first book from this author and it was a blast.👍 I felt the tension, misery and helplessness of the characters while reading. There were times that I didn’t agree with Dylan’s decisions but I was still rooting for him until the end.

The mysteries and the twists kept me reading this. It was very action packed and it kept me on edge all throughout.

It kinda reminded me a bit of Dark Matter, just a bit. I love how the story concluded.👍❤

***Thanks to the publisher and author for making this book available for review via Netgalley.***

A 5 star rating from an eARC under the Read Now section of NetGalley. So happy I decided to read this.😄

The mystery genre is not something I tend to reach out to but sometimes when I’m watching action themed tv series, I just am in the mood for them.❤