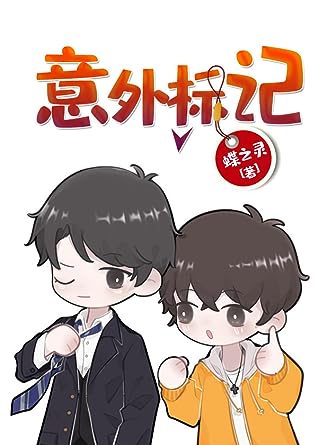 Pei Shaoze unintentionally heard about a novel called Accidental Mark. Once he woke up, he found he had transmigrated into the alpha scumbag in the book, Pei Shaoze. The omega protagonist of the novel, Cheng Xia happened to have his pheromones out of control. The original scumbag not only took the opportunity to mark the protagonist but also killed the protagonist’s parents and ruined his reputation. The protagonist was completely blackened and returned five years later to stab the scumbag to death.

Pei Shaoze, “……” What type of melodramatic plot was this? Why not invest well in movies and TV shows when he was the boss? His brain was used to bully the protagonist. No wonder why he would be stabbed to death.

Therefore, he thoughtfully sent Cheng Xia home and helped select a school drama for Cheng Xia. “This drama is suitable for Cheng Xia and has the potential to be popular.”

It turned out to be really popular. Cheng Xia said, “Thank you, President Pei!”

“Cheng Xia should expand his shows and challenge himself.”

Cheng Xia whose fans soared to the tens of millions. “Thank you so much, President Pei!”

“Do you want to try this drama? I think you are talented enough to handle this difficult role.”

At the awards ceremony, Cheng Xia said, “The person I want to thank most is President Pei!” More…

This is the first book I finished this month. I’m in a bit of a reading slump and it’s quite hard for me to finish a book recently but… finally!😃

This is a web novel about Pei Shaoze who woke up and found himself in the world inside of a novel. This novel is an ABO world which isn’t something our ML is knowledgeable with.

On this world, our ML is supposed to gain 100 points of favorable impression with the main protagonist Cheng Xia to be able to get back on his original world.

Though it’s a transported-to-another-world kind of premise, it didn’t focus on that point. It’s like a slice of life in the entertainment industry, mainly on acting.

I enjoyed reading the book because it was very sweet and fluffy with just a little bit of conflicts added. I think I read it on the right time when I needed something that isn’t too complicated.

It has a simplistic plot with our main couple enjoying their smooth ride to HEA. Recommended for lazy reads.❤👍