Title: Every Day I Sleep, My Soul Goes Out of My Body 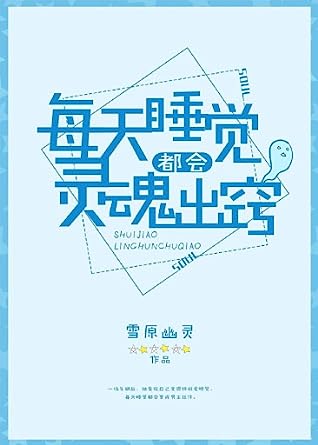 After a car accident, Mi Li found that she had mutated and gained the weird ability to be able to possess various strange objects. So, she became that man’s doorbell / wall lamp / cigarette / necktie / underwear / emoji…

Until one day, she became that man’s girlfriend.

This is the story of Mi Li who started having strange ‘dreams’ after experiencing a car accident. She seems to be possessing strange items and animals whenever she falls asleep.

The first time she dreamed, she became the door bell of Xi Baichen. Weirdly, Xi Baichen is able to hear her ‘voice’ despite being an inanimate object.

This started her journey to a parallel world, where she experienced being a lot of things and enable her to get to know Xi Baichen. This story is a slice of life showcasing the everyday life of our main couple.

There are a few plot holes in the story and the conclusion was rushed in my opinion. It is a unique premise and there are a few funny moments in the story. But it was a bit of a bland read for me. Also the ML was an irresponsible uncle. I did not like how he treated the kids on the earlier chapter.

The romance was okay-ish though a bit weird because of the premise of this book. Our main couple’s characters aren’t that fleshed out. Another so-so read.

I’m finally caught up with my pending reviews! Yay! 😀