Title: The Villain Just Wants to be a Salted Fish 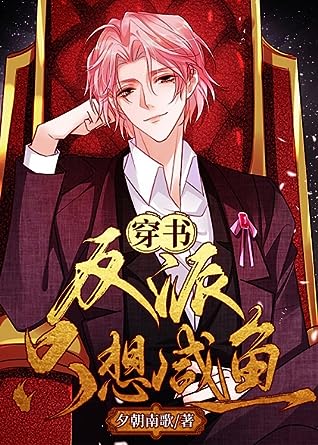 Ye Zexi transmigrated as the big villain in a danmei novel, who shares the same name as him. Then, he found out that everyone regards him as an imaginary enemy.

In this regard, he adheres to only one principle: Don’t want to fight, take everything you want.

Unexpectedly, not only did Ye Zexi fail to be lazy, he also became more popular.

This is the story of Ye Zexi when he transmigrated to a big villain in a danmei novel.

So Ye Zexi in his previous life died just after he became a famous star. So his plans to just chill was disrupted. Ye Zexi wishes that he could just be a salted fish and enjoy the life of a second generation rich kid.

This seems like a chinese web novel at first but some jargons or slang are quite unfamiliar to me. And anime shows are being mentioned, I was even spoiled on a few.😒

The story centers on the entertainment industry. Ye Zexi is a bit of an OP in terms of singing, dancing and acting. I feel like there’s no suspense at all because he will definitely give a ‘perfect’ result.

I love the comments of fans and it is also funny that Ye Zexi keeps on trying to retire but some hindrances appear and he was unable to.😁

Plot is decent I guess, just a bit slow on a few parts. The romance part is okay and cute and is a bit funny with the ‘conflict’.😅

More reviews to come, please bear with me. Thanks. 🙂