Title: Raising You This Small Stuff 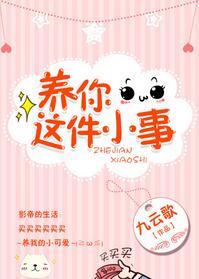 After an ‘Elf Rebirth Project’ game was forcefully installed on a movie emperor’s cell phone, he suspected it to be a virus, so he moved to uninstall it!!!! (╰_╯)#

The cute little interstellar prince reborn in the game said softly and waxily: “No… don’t…. I…. I eat very little, don’t uninstall me, ok?” (ó﹏ò?)

The movie emperor who was so hit by his cuteness that he almost vomited blood pretended to be calm: … (￣ＴＴ￣) Bleeding from the nose

This is the story of a former prince of a futuristic interstellar world who died and was given a second chance in life. Yuan Suo died and when he woke up he became an elf on a rebirth game. He needs to level up to the highest level in order to get back on his previous world.

Mo Yi Cheng was chosen by the system to be Yuan Suo’s player. He needs to provide for Yuan Suo and help him level up.

The world created by the author is very interesting and quite unique. I like the fact that the game itself is a separate world where the elves interact and study or work to earn points. It was also a nice addition that when an elf reaches a higher level, they can access the ‘real world’.

The plot is quite engaging. I was never bored while reading and there are lots of funny scenes. I very much love that scene when Yuan Suo got a part-time job as a water army. 😆

The secondary characters are also decent and not one dimensional. There are heart breaking moments too that made me sad or teary eyed.

I love the main couple and their interactions especially the earlier parts, so cute.❤

I’m still reading web novels. When will I read my ARCs? 😥