Title: There Is Chef Yu In The Entertainment Cycle 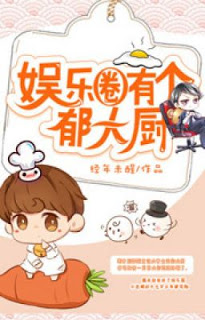 Yu Siyang, a 25-years-old chef who just won the International Culinary Gold Award, was smashed by a huge earthen pot, wake up and become a 18-years-old little transparent Yu Siyang in the entertainment circle.

Signed a weird contract and big debts, the chef had to put down the pots and pans and carry his schoolbag to the performance class.

Strive for an achievement as Film Emperor as soon as possible, paying off the debts, and realizing big aspirations to open an ideal restaurant.

But, why does the creditor make a very abnormal condition?

This is the story of Yu Siyang, a chef who died then woke up in the body of an 18 year old newcomer actor.

His new identity is a poor struggling actor with a huge debt. The entertainment company where he is signed in paid the debt for him and in exchange he was ‘kinapped’ to cook on our ML’s house.

This was a slow read for me. Due to our MC being a chef, a lot of filler contents are about the process of cooking the food, types of ingredients, taste and appearance of the food. I skimmed those parts.✌

Our MC suddenly became an actor but he’s actually a natural talent on acting which wasn’t believable in my opinion. Though our MC has lots of ‘projects’, at best the synopsis and highlight of the film were just mentioned and the shooting/taping is longer than the finished product.🙁

The fans are cute. I like reading the fans’ comments and interactions.👍

The romance was so-so. At least we have Mu Mu. I love this kid. He’s such a sunshine and a cutie in the book.❤

Plotwise, there isn’t much on it. This is like a slice of life format. An okay read…

I’m still reading web novels. When will I read my ARCs? 😥