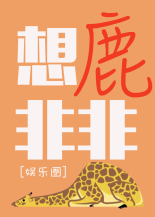 Fei Chang never thought that his secret would be known by everyone overnight.

If only his black history of talking back to his elementary school teacher came to light as soon as he made his debut… The problem was, he had not even made his debut yet.

Chen Yue Yang. What word should be used to describe him? Extraordinary, perfect, sexy, overbearing beauty. Just because Chen Yue Yang glanced at Fei Chang in the crowd, that very same night Fei Chang ran to check how many countries in the world allowed homosexual marriage.

Fei Chang is not gay. But he had to be prepared, just in case his idol proposed marriage, he must cry and say “Yes, I do”, and he must cry prettily ah.

This is a short web novel about two guys in the entertainment industry.

I didn’t realized how short this is until I finished it in just one seating.😅

So basically Fei Chang is a huge fanboy of Chen Yue Yang. And this story is how their lives suddenly entangled.

This is leaning more on the sweet side and it is a slice of life kind of story. It doesn’t have that much plot and I feel like it’s lacking on the sweetness and fluff too.

It was okay-ish for a short read. But I wanted more.

I will hopefully make a dent on my pending blog posts today. Fighting.👊